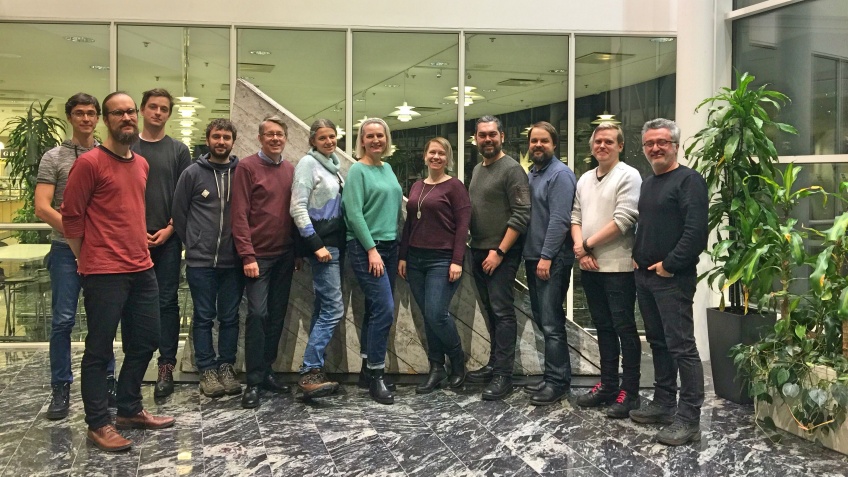 The Snow and Slate of Finland

The first Finland visit started on the 3rd of December. The schedule was tight, as our meetings started at 9 a.m. and lasted till evening, with some complementary networking activities later at night.

The first day opened with the presentation of Game Design and Game Studies at the University of Jyvaskyla, by Raine Koskimaa, Tanja Välisalo and Jukka Varsaluoma. The course has many distinctive features, among them a complex and attractive gamification framework (involving hatching and developing dragons, whose ultimate power and shape depends on the decisions made by the student), and a focus on esport as an important part of game research. The curriculum also offers a lecture open to the whole university - an introduction to game studies called Magic of the Game, which was the actual beginning of game studies lectures at JYU. Then we met the dean of the IT Faculty, Pasi Tyrväinen, and the representatives of JAMK, Hanna Hauvala and Tuomas Rauhansalo, who talked (among other things) about the idea of the Working Life Simulator.

After lunch at the Aalto Museum there was an opportunity to visit the exhibition. Alvar Aalto, the world-famous Finnish designer and architect, spent much of his childhood and youth in Jyvaskyla; he also opened his first studio there. We took hundreds of pictures of the iconic Aalto furniture, and then we moved on to find another classroom at the university and listen to the presentation on newsgames by Marko Siitonen, and another on the Game History Course by Jonne Arjoranta. Siitonen talked about a course in newsgames organised in cooperation with a major Finnish newspaper, with the best student projects published on the paper’s website and thus reaching a much broader audience. The game history course, on the other hand, is an interesting example of giving the students the opportunity to shape their course experience on their own. Its structure is based on an idea similar to that of reading clubs: students play and discuss selected games, fitting them into a broader timeline. The day ended with a tour around the retro game machines collected by the university, which are to be displayed as a small game history museum in the future, and some more casual, yet no less professional discussions over (reindeer or vegetarian) pizza.

The second day started in the Musica building. First, we visited the amazing mocap laboratory, with Marc Thompson talking about the research conducted there. Its predominant theme is a close scrutiny of movements accompanying music - either in people listening to music (coming from diverse backgrounds and listening to different musical genres), or performers playing different instruments. The motion capture equipment allows to perform complex analyses of their movements. We also played with a musical ball designed and constructed by the students. Then we moved to the main building and listened to Kai Tuuri about an incoming course in Game Audio, with a focus on teaching how to experience sounds, and huge attention paid to “ear-opening”exercises embedded in the course, and the overall idea of teaching how to understand the interaction with music through personal experiences. After dinner we met Juha-Matti Latvala, who talked about a serious games designed to teach children reading, Ekapeli. The official schedule of the day ended with Tanja Välisalo and Maria Ruotsalainen, who discussed their research on the Overwatch players.

The last day started with Paavo Nieminem presenting his course in 3D graphics. Then, Antti-Jussi Lakanen spoke about game programming summer camps encouraging youngsters to get involved in programming (in general). Tero Kerttula talked about his research representation of gameplay in the media, starting with television programs showing competitive arcade gaming. Kai Tuuri and Oskari Koskela shared the great news of receiving a grant for research on emotional attachment to game music. During the last day we also met the representative of Psyon Games, Olli Rundgren, who talked about Antidote, a mobile tower defense game meant to raise awareness about the importance of vaccines. The game was published in cooperation with the pharmaceutical company GlaxoSmithKline and can serve as an interesting example of synergy between digital games and serious causes. The last talk was by Jaakko Kemppainen, the first game developer in Finland to be recognised by the government as a regional artist - an important institution in Finnish cultural life. Kemppainen’s presentation revolved around the question of the cultural prestige of video games.

We had the chance to experience the Finnish winter landscape in all its variety, even if during very short breaks – the first day was breathtakingly sunny, and we managed to catch some of the sunrays as they glistened on the immaculate slow. Then there were the two following murky and wet days, when the temperature went higher and the snow melted into pools of greyish substance. We managed not to break our legs on the slippery pavements and experienced what the locals called a “typical winter weather”. We did not expect any snow on the fourth GAMEHIGHED visit coming just next week: to UKW in Bydgoszcz, Poland. 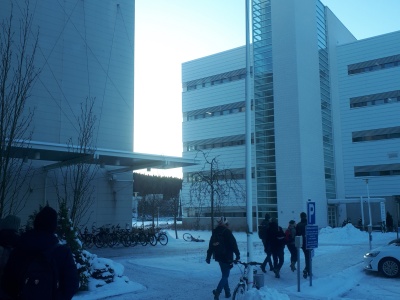 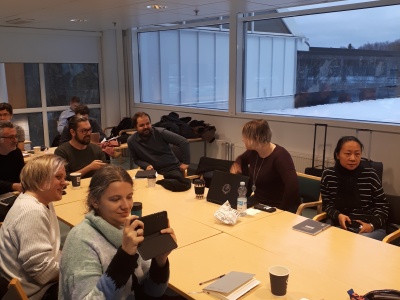 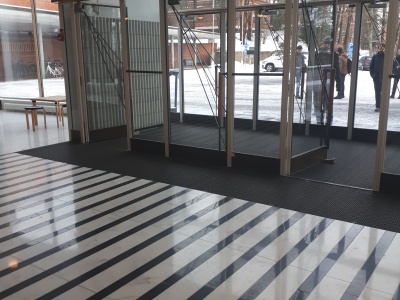 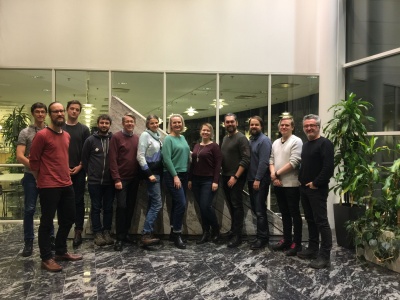